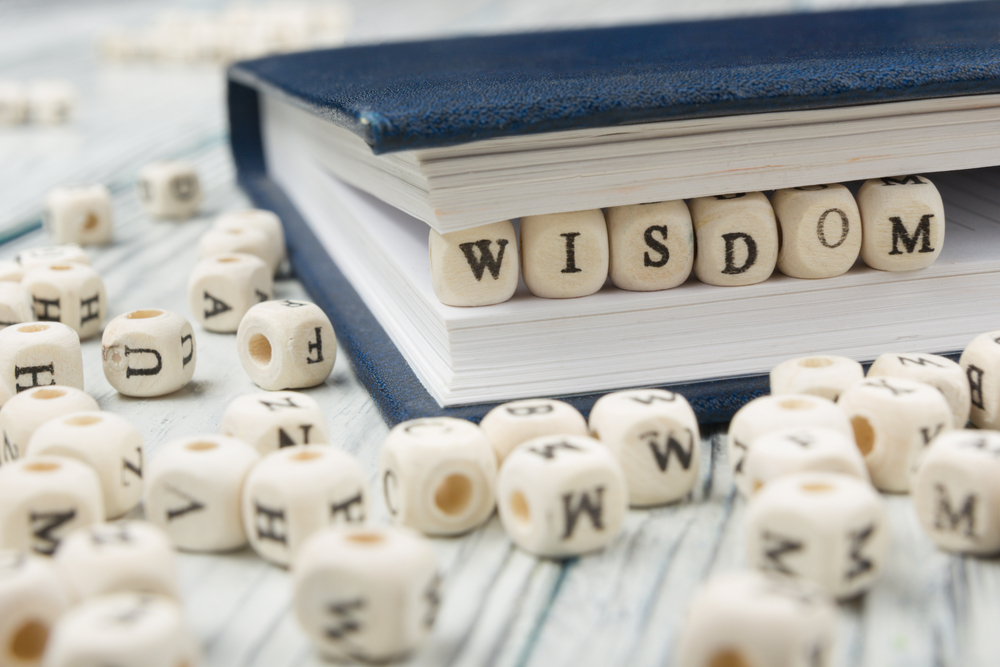 Sometimes you just need a boost. Sometimes you know what you need to do, but just need reminding. Sometimes you fall, and need help getting back up. Sometimes you need just a little extra inspiration. Whatever the case, we hope these words of wisdom from greater thinkers, great traders, and even regular Joes having a particularly lucid moment will help you through the day—and beyond.

Have you gone off course, chasing a losing stock and found yourself emotionally attached and losing big, but still unable to get out or deal with the loss? Do you need a break?

“The elements of good trading are:

If you can follow these three rules, you may have a chance.” —Ed Seykota (commodities trader and ‘Turtle Trader’ from MIT)

“If I have positions going against me, I get right out; if they are going for me, I keep them… Risk control is the most important thing in trading. If you have a losing position that is making you uncomfortable, the solution is very simple: Get out, because you can always get back in.” —Paul Tudor Jones (American investor, hedge fund manager, and philanthropist.)

“If you must play, decide on three things at the start: the rules of the game, the stakes and the quitting time.” – Chinese proverb

“Your success in investing will depend, in part, on your character and guts, and in part on your ability to realize at the height of ebullience and the depth of despair alike, that this too shall pass.” – John Bogle (founder and retired chief executive of The Vanguard Group).

“In a world that’s changing really quickly, the only strategy that is guaranteed to fail is not taking risks.” – Mark Zuckerberg

“There is the plain fool who does the wrong thing at all times anywhere, but there is the Wall Street fool who thinks he must trade all the time.” —Jesse Livermore (American investor extraordinaire)

Have you forgotten who your friends are in this industry? Hint … they’re not sentient.

“The Trend is your friend.” –Unknown

“The key to trading success is emotional discipline. If intelligence were the key, there would be a lot more people making money trading… the single most important reason that people lose money in the financial markets is that they don’t cut their losses short.” –Victor Sperandeo

The fundamental law of investing is the uncertainty of the future.” –Peter Bernstein

“Money is like manure. You have to spread it around or it smells.” –J. Paul Getty

“Markets can remain irrational longer than you can remain solvent.” – John Maynard Keynes

“I never attempt to make money on the stock market. I buy on the assumption that they could close the market the next day and not reopen it for five years.” – Warren Buffet

“The easiest way to earn money in a stock market is to ask a layman to trade; sell whatever he buys, buy whatever he sells. ” – Hriskikech SenGupta

“The markets are the same now as they were five or ten years ago because they keep changing – just like they did then.” –Ed Seykota

“There is only one side to the stock market…Not the bull side or the bear side, but the right side. It took me longer to get that general principle fixed firmly in my mind that it did most of the more technical phases of the game.” – Jesse Livermore

“The heart lies and the head plays tricks with us, but the eyes see true. Look with your eyes. Hear with your ears. Taste with your mouth. Smell with your nose. Feel with your skin. Then comes the thinking, afterward, and in that way knowing the truth.” – Syrio Forel

“The stock market will always do whatever makes the greatest number of people look foolish.” – Unknown

“The market is weird. Every time one guy sells, another one buys, and they both think they’re smart.” – Unknown

Evergreen words of wisdom to live by as a trader—all the inspiration you’ll ever need:

“Anyone who lives within their means suffers from a lack of imagination.” – Oscar Wilde

“Insanity is doing the same thing over and over while expecting different results.” – Jesse Livermore

“I hate weekends because there is no stock market.” – Rene Rivkin

“P/E ratio – The percentage of investors wetting their pants as this market keeps crashing.” – Anon

“Every morning I get up and look through the Forbes list of the richest people in America. If I am not there, I go to work.” – Robert Orben

“The only place where success comes before work is in the dictionary.” –Vidal Sassoon