You may not short stocks, but that doesn’t mean you shouldn’t understand every aspect of how it works.

Traders short to hedge against a market crash. And they short in bull markets too. This strategy has paved the way for INSANE moves in the market. (Remember GME and AMC in 2021, for example?)

The power of short squeeze is undeniable, making it a top watch for traders in 2022. And the short float plays a key role. Read on to get to know this important part of the short-selling world.

What Is Short Float? This is the number of shares short sellers have borrowed from the float.

When you short sell a stock, it’s the opposite of going long (buy low, sell high). Here, you borrow shares from your broker and sell them. Later, you have to buy to cover and give them back to the broker.

That’s the short part. What about the float?

The shares available for public trading make up the float.

Twice a month, brokers report the number of shares short sellers are borrowing. The borrowed shares come from the float.

What Is Short Float Percentage?

This is the percentage of the float that’s borrowed, also called short interest.

To get the short interest, you take the short float, divide it by the float, and multiply by 100.

For example, say a stock has one million shares in the float. Today’s short float report says there are 100,000 shares short.

The numbers will rarely be that clean, but you get the idea.

This is also called the short interest ratio, a common term for overly-shorted stocks ripe for a short squeeze.

It’s important to note that these numbers are only refreshed twice a month, usually on the first and the 15th. You can check the website of any major exchange for updates.

If you use the StocksToTrade platform, we have the data for you. The information box for each chart includes the short percent of the float under Key Statistics. The short float ratio is the number of days it would take to cover all the shares short at average daily volume.

Here’s another way to think about it. We assume every buy order is a short seller covering. We look at the average daily volume over 60 days. Then we figure out how long it would take every short to cover if the volume stays around the average.

Of course, not every buy order is a short covering…

Say there are 1,000 shares short and the average daily volume is 1,000 shares. In theory, you could get all the short shares covered in one day. The short ratio would be 1.

Why Is Short Float Important?

Along with short interest, it can tell you a lot about a stock. Why?

It’s a measure of sentiment. You have to pay interest on borrowed shares. So if the short float is high, you know that people remain committed to their belief that the price will go lower.

On the flip side, sometimes you have a high short float on an uptrending stock. Those tortured shorts are looking to get out. That can cause a rapid increase in price and a short squeeze.

If 2021 taught us anything, it’s that shorts must remain aware of short squeezers. Especially if it’s a low float stock…

What Is a Low Short Float?

The lowest a short float can go is zero. That means no borrowed shares.

This can happen on stocks with hard-to-borrow shares. It can also follow a massive short squeeze where all the short sellers have panicked out.

Remember that short float interest or short ratio is a relative statistic.

2020 brought unprecedented volume to the market. I used to think a stock with fewer than 10 million shares was a low float stock.

These days, floats of 20 million or 30 million shares can be low float. It’s about float relative to volume.

We can thank volatility for that. It all comes down to supply and demand. The float is supply and volume is demand. When a stock has a low float, it takes less volume to move the price.

A short seller has to buy to exit their position. And if you’re short, you’re betting on the price to go down. When the stock goes up past your entry, you’re losing money.

If you have a lot of shorts on a low float breakout, short sellers turn into buyers … As long as they’re respecting their stop losses.

What Is a Good Short Float? 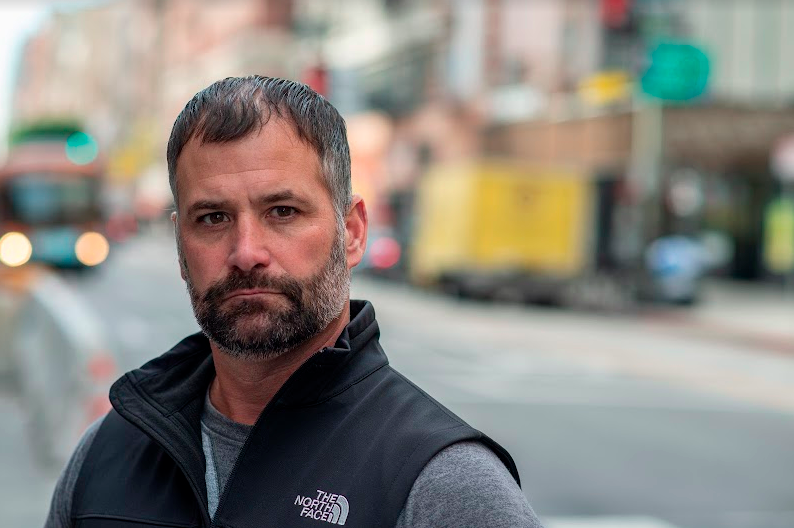 If you’re looking to go long on a breakout, the more shorts, the merrier.

A low float stock with a short ratio of about 40% can really get things going. The breakout squeezes shorts out of their positions. This forces even stubborn shorts to buy.

If the price gets too high for their account to handle, their broker may buy them in. They might even face a margin call.

If you’re a short seller looking to ride the trend down, you want a smaller short interest. It’s good to know you have others on your side — the trend is your friend.

But you also don’t want to be in a short squeeze if the stock has good news come out.

You want to walk the line between being the only one and being in a dangerous crowd. I would say if you’re looking to go short, find a stock with a low short interest — about 15%.

How Can Short Float Benefit You?

Well, those moves don’t happen on their own. Those massive runs aren’t thousands of investors realizing they’ve found the next best thing. After all, these are penny stocks…

Many of them are garbage companies with terrible fundamentals. And these junk stocks attract a lot of aggressive short sellers as well as momentum traders.

If a stock has a high short interest and is making new highs, it’ll squeeze. Even more so if the stock is low float.

It’s a little counterintuitive. The higher the short float, the more likely a squeeze. If you’re looking to short a stock, find a lower short float.

What Information Does a Short Float Show?

It shows you a few things…

How Do You Tell if a Stock Is Being Shorted?

But unfortunately, aside from the short float, there’s no way to know for sure.

Sometimes shorts who want to take large positions try to be tricky. They’ll have a massive order but hide their size.

If you see a big order on the bid that keeps disappearing, that could be a short seller. That’s right — on the bid. You’ll see them put large orders in to try to boost confidence in the price. That pushes longs up into their trap. Then they’ll cancel their buy order.

Michael Lewis talks about this a lot in his book, ”Flash Boys.” It’s called spoofing the bid.

(As an Amazon Associate, we earn from qualifying purchases.)

How Do You See Short Positions on a Stock?

Everyone wants to know how to see short positions on a stock. I wish we could!

Market makers and brokers can see how many shares are short. Retail traders don’t have that luxury. The best we have is an educated guess.

Here are a few stocks and charts that show what the short float can do. You may recognize some of these recent runners…

About 29% of ICPT’s float is in the hands of shorts, which has paid off lately. But this is the riskiest example I’ll show…

Due to lower volume, shorts have a tougher time exiting positions.

ICPT is downtrending but has some good days. Shorts have to eat it on those green days and hope for a crash before they get stuck… PROG’s short float is below 10% these days, and its volume allows shorts to exit positions pretty quickly.

But shorting PROG was a bad bet for a good six weeks between September and November 2021.

The stock rose nearly 600% in that time and shorts probably helped push it that high.

It has sunk back quite a bit since … Anyone short in this lately has likely done pretty well. Short interest has risen almost every month since July 2021. Aside from a few small pops on the occasional good news, BYND has rewarded shorts for their bearishness.

The most recent records show that shorts hold about 21 million shares, representing nearly 33% of the float. How to Use Short Float in Your Trading Strategy

Your trading strategy is everything in this game. And you must have a trading plan for every trade.

No doubt, the short float can move a stock. Whether you’re short or long, it can help give you that little extra edge.

By itself, the short float won’t make or break a trade. And you can’t make all your decisions based on weeks-old data.

It’s important to look at the big picture. Once we know that, we can look for a fine balance if we want to take a short position. Or we can find a heavily shorted stock ripe for a squeeze.

By the way, I regularly point out potential short squeezes in my Weekly Watchlist. Sign up for no cost today!

How do you plan to use short float as part of your strategy? Let me know in the comments below!