If you’ve been in the trading game for a minute, you’ve probably heard of an IPO. SPACs, though … not as many traders are familiar with that one.

SPACs have been on a tear lately as an easier alternative to the traditional IPO process. So what’s a SPAC? How’s it different from an IPO, how does it work, and why should you care? Let’s talk about it.

First, a few basics on IPOs and SPACs.

IPO is short for initial public offering. The name pretty much says what it is — a company offering stock shares to be sold to the public for the first time.

Before the company goes public, it’s considered private. All of its funding comes from private investors, like the company founders, friends and family, venture capitalists…

It could be from any number of sources, but not public traders.

Once a company has its IPO, it’s considered public. Any trader can become a shareholder — not just private investors or stakeholders.

The shares will be listed on public exchanges like Nasdaq, the New York Stock Exchange (NYSE), or OTC exchanges.

Wanna read more about IPOs? Check out this post.

A SPAC is a company that does an offering … But it doesn’t have a product or service yet. It’s formed to raise money to acquire existing assets.

You could think of a SPAC like an empty snail shell. It’s got the right structure, but it’s waiting for the right snail to fill it. The snail is the company or assets it eventually acquires.

Right now they’re trending in the market, largely as a way to bypass the traditional IPO process. They’ve become even more popular in the past couple of years.

What’s the Difference Between IPOs and SPACs? IPOs and SPACs might not seem that different at first glance.

The main difference is that an IPO is an existing company that wants to go public. A SPAC, on the other hand, is incorporated and listed, but there isn’t an actual operating company yet.

Say I’ve got a company called Bohen’s Beef Jerky and I want to do an IPO. But it’s gonna take a lot of time and energy.

First, I need to find an underwriter. Then I go on “the roadshow,” as it’s called. I talk to investors, giving my pitch to anyone who will listen.

I might also give out free samples of my jerky around the world, hoping someone will throw money at my company.

I’m gonna spend a lot of time and money and probably lose my voice from talking so much … But I hopefully raise a ton of capital in the process.

Then, along with the underwriter, I’ll figure out how much money is coming in. Then I’d figure out a game plan for pricing shares. Then I’d start doing all of the paperwork…

It’s a super long and tedious process, dealing with all of these little moving pieces.

But what if all those steps weren’t necessary?

What if I could just do the whole process in one shot and avoid meeting with hundreds of potential investors?

What if I could know that my stock would sell for a specific amount?

That’s where a SPAC comes in.

So we have Bohen’s Beef Jerky in one corner. In the other corner, we have Ms. Moneybags.

She’s an established mover and shaker in the business world. She has experience with running companies, selling companies, and acquisitions in general. She’s built up a certain level of trust in the industry.

Ms. Moneybags forms a SPAC called Nice to Meat You, Inc. Everything’s by the book. It’s got S-1 filing status, and it’s a real company. People can invest in the SPAC.

But it doesn’t have a product or service yet.

People trust Ms. Moneybags. Investors are willing to put money into this venture without knowing what it will be.

That’s right. Instead of doing the pitch-fest selling a company, she says, “I’m freaking Ms. Moneybags! Don’t you want to invest in whatever I’m doing?”

Say she’s able to raise $500 million. Now she’s got her eye on Bohen’s Beef Jerky as a potential deal. Maybe she’s able to acquire the company for the amount she’s raised, or maybe she needs to raise more.

The decision is taken to the SPAC shareholders, who decide whether they want to invest. They can also use redemption rights and ask for their money back.

Once it’s approved and everyone’s agreed on a certain price per share, I agree to let the SPAC acquire my company.

So now, the SPAC — which was listed as Nice to Meat You, Inc. — changes to Bohen’s Beef Jerky. So my company is listed, but I never actually had to do an IPO.

IPOs and SPACs can both result in a listed company, but the road to get there is quite different.

Why SPACs, and Why Now? SPACs have been around for decades. But they’re suddenly getting super hot.

Let’s look at some stats. About a decade ago, SPACs didn’t even account for $1 billion.

IPOs are up, too, as companies look to cash in on high market valuations.

So why go with SPACs versus IPOs?

For one, we’ve seen some pretty compelling success stories in recent memory.

In 2019, Sri-Lanka-born billionaire Chamath Palihapitiya formed Social Capital Hedosophia as a SPAC, which merged with Virgin Galactic Holdings, Inc. (NYSE: SPCE). Through this process, Virgin Galactic was brought to market without dealing with the roadshow.

It also bypassed a ton of the volatility of bringing a risky venture to market.

The SPAC that took the market by storm in 2021 was Digital World Acquisition Corp. (NASDAQ: DWAC), which exploded for an 846% gain after news broke that it would merge with Donald Trump’s media company. You hear me talking about trades that “just make sense” all the time. Well, right now SPACs just make sense for a lot of businesses.

From a company standpoint, the market volatility we have seen in the past couple of years can make it dangerous to go the IPO route.

Why get into the IPO game only to have the stock price on Friday be an entirely different story on Monday?

Things can change fast in these strange times. The economy has mostly recovered from the 2020 recession, but we’re not completely out of the woods yet.

SPACs help even that out by raising the money before the switcheroo.

Of course, for that security and these benefits, the company probably won’t get as good of an asking price as if it went IPO itself. But for many, the comparative ease of the SPAC process makes it worthwhile.

Say the unit is $10. Once the IPO occurs, these units become shares of stock and warrants that you can trade publicly.

Since you’re buying into a sort of unknown void when you buy shares of a SPAC, warrants are a common perk included to sweeten the deal.

For instance, you might get one warrant for every four shares.

A stock warrant is kind of like a call option. It gives you the right to purchase a stock at a specific price within a set period. But unlike options, companies directly issue warrants.

So if you buy shares of a SPAC and it announces a good deal, this could be an added bonus. SPACs are pretty speculative … So what’s in it for you?

For one, there’s the potential of an awesome deal. You’ve heard about getting in on the ground floor…

A SPAC is like getting in before the floor’s even laid down.

If you find an investor that you trust, it could be a way of taking advantage of their expertise. There’s a potential that you could profit based on their good business decisions.

If the deal is a good one, you could be on the positive side of that IPO-style pop.

Another benefit? Redemption rights. If you invest in a SPAC before a deal, it’s possible to get your money back.

And there are the warrants we talked about before — another way to sweeten the pot.

How about the risks of SPACs? There are plenty.

For one, there are a lot of unknowns. You’re trusting the SPAC to do the right thing, but you won’t know until it makes the deal announcement.

You don’t know if it’s going to buy a good company. You could buy a SPAC and like the person running it … But if they buy a stupid company, you might end up disappointed.

Another big sticking point for me is that there’s no past data to look at. I’m all about my StocksToTrade scans, indicators, and charts … I’m all about building a case for every trade.

So for me, one of the biggest problems with both IPOs and SPACs is that you don’t have any historical data.

You can’t pull up the one-year chart for a point of comparison. You can’t see what happened the last time there was a news catalyst. You don’t have established key levels.

Finally, there’s always room for sketchiness. Consider the case of Landcadia Holdings acquiring Golden Nugget Online Gaming. When you look at the fine print, you learn that the SPAC is owned by the same person who’s selling the company.

It could be legit, but it could also be a warning sign.

My Take on SPACs

My take on SPACs is pretty similar to my thoughts on trading IPOs, so be sure to check out this video:

The short answer here is that I think smart day traders should try with all their might to avoid the hype and mania. Be willing to wait.

Newbies tend to fall for IPO and SPAC hype and get in too early.

I know it’s boring. This probably isn’t what you want to hear … but I like to wait for the chart to develop.

There’s often a speculative spike, but it’s fickle. IPOs tend to slam hard. They might spike big, but you have no way of knowing.

SPACs are similar. You just can’t know, and that means it’s just a risk, not a calculated risk.

Don’t be a gambler. Have a plan and be patient. Be like a sniper waiting for that perfect moment. 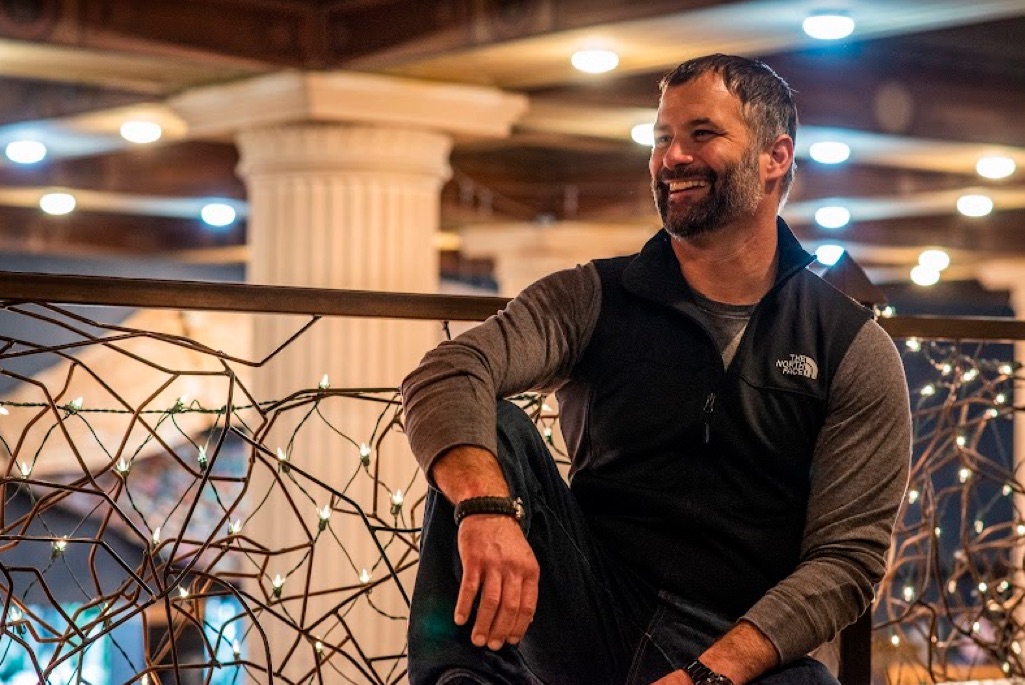 You need the right tools to make the most educated trading decisions. StocksToTrade has plenty — awesome charting software, the ability to make watchlists, paper trade, and more.

But to make the most of your tools and your time, education is equally if not more important.

The SteadyTrade Team is an amazing educational community where I mentor traders with live webinars, a robust chat community, and tons of video lessons.

If you want to master go-to patterns like the dip and rip, this is the place to be. Join the SteadyTrade Team today!

Trading IPOs and SPACs: Is it Worth It?

We’ve been experiencing a market unlike any since last year. Adapting is key to surviving and thriving market volatility.

The trend of SPACs is on the rise. It’s a good idea to get used to them — and get educated on what they are and how to trade them.

The more you know, the better your trading decisions will be over time.

Have you traded IPOs and SPACs? What’s your take? Leave a comment, I love hearing from you!