3
November 02, 2021
Crypto
By stockstotrade From StocksToTrade

What Is Cryptocurrency: Key Takeaways

Crypto curious? Sign up for this no-cost event to learn how to catch BIG coin jumps!

I called it last year! I said that 2021 would be the year of crypto. And now, the world of cryptocurrencies is running wild … So what should you know about digital currency? There’s so much more than just bitcoin (BTC). Let’s get into it!.

Cryptocurrency (aka crypto) is digital currency. Holders of crypto can use it to buy goods and services digitally. There’s also tracking to help keep crypto transactions secure.

But some people are more interested in trading crypto, not unlike stocks, for a potential profit.

Bitcoin is by far the most well-known digital currency, but there are now many more coins (aka altcoins or tokens) on the market. More on that in a bit.

Cryptocurrency refers to all digital currencies that use the principle of cryptography to ensure privacy, security, and anonymity.

Like I said, there’s far more than just BTC or dogecoin. If you want to enter crypto land — and don’t mind stomach-churning volatility, you have a LOT of choices … Nearly 7,000 cryptocurrencies circulate worldwide.

Many have turned into multi-baggers with crazy returns…

The cryptocurrency market is now worth over $2.6 trillion. That number has grown tremendously over the years … But it’s still small compared to the $11.6 trillion value of the total above-ground gold reserves, for example.

There are also severe liquidity problems that come with crypto. The blockchain rarely processes more than six transactions per second. Compare that to Visa and Mastercard — that number’s in the thousands.

To me, that says it’ll probably be years before crypto can replace money as a mainstream currency. And who knows if it can ever steal the coveted ”safe haven” status from gold.

And although there are a plethora of altcoins available today, I only see a handful of real outliers. Let’s check ‘em out… Remember when bitcoin was created in 2008? It had basically no value. Since then, it’s ticked up in value. It’s had some crazy runs — and drops — along the way.

So where is it now?

And it’s more mainstream than ever — in so many ways. It used to be that BTC miners needed high-powered computers to mine for more coins. That meant mining remained in the control of a small group of people.

Then in 2017, Bitcoin Gold came along and decentralized bitcoin. It allowed a bigger pool of people with less powerful machines to participate in mining.

Forks like Bitcoin Gold and Bitcoin Cash haven’t performed as well as BTC itself … And they don’t seem to have much of an impact on BTC’s price.

Ethereum sports unique features that differentiate it from bitcoin…

It’s not just a digital currency. It’s also a platform that runs smart contracts and applications exactly as programmed — no censorship, fraud, downtime, or third-party interference.

A developer can set up a contract and seek pledges from the community. So they can bypass Kickstarter’s 10% fee. Additionally, Ethereum features its own Turing code that allows anything to be computed given enough time and computing resources.

Bitcoin doesn’t have this capability.

And Ethereum operates on the GHOST protocol. That allows faster block times of about 13 seconds vs. 10 minutes by bitcoin.

Overall, Ethereum has more potential applications and might be available to a larger pool of users than bitcoin. BNB is the third-largest cryptocurrency with a market cap of about $81 billion.

Founder Changpeng Zhao has worked with blockchain technology since 2013.

Binance has grown to be the leading crypto exchange in the world — processing billions of dollars worth of transactions every day.

One attractive element of cryptocurrencies like bitcoin is that there’s a limited supply … This means that its value can’t be diluted by issuing new currency into the market.

Binance doesn’t operate that way. But it does use 20% of its profits to ‘burn’ Binance Coins, which inflates the value of the outstanding coins.

Cardano is another blockchain platform producing its own cryptocurrency — the ADA coin. Its aim is to democratize currency and give individuals more power.

The platform was created in 2017 by Ethereum co-founder Charles Hoskinson and named after 16th-century polymath Gerolamo Cardano. The ADA coin is named after 19th-century mathematician Ada Lovelace, who’s regarded as the world’s first computer programmer.

A hard fork called ‘Alonzo’ emerged earlier in 2021 that allowed the Cardano platform to support smart contracts and NFT exchanges. These exchanges occur through the blockchain in a similar way that the currencies do…

The blockchain ensures that conditions are met in the contract so that it can be fairly executed for the two parties involved.

The Cardano platform is considered safe and trustworthy by users, but it aims to become even more decentralized over time.

The better the blockchain, the more valuable the coin … ADA has risen 1,117% year-to-date. And like bitcoin, it has a fixed supply.

There are currently 33.26 billion ADA in circulation — about 74% of the total supply of 45 billion.

USDT is a stable coin linked to the U.S. dollar.

Stable-value currencies are backed by another currency or commodity … This leaves little room for volatility.

This is a safe store of value for people who want the security of a government-backed currency without actually owning said currency.

USDT isn’t some ‘to the moon’ opportunity like other cryptocurrencies. But it could be a good way for people to exchange currency through the blockchain worldwide.

There are concerns about the validity of Tether’s cash reserves. It’s a private company that hasn’t been audited by a third party. That goes against the typical ‘decentralized’ way of thinking that sparked the whole crypto movement.

Tether doesn’t have its own blockchain, either. Instead, it uses others to secure USDT transactions. 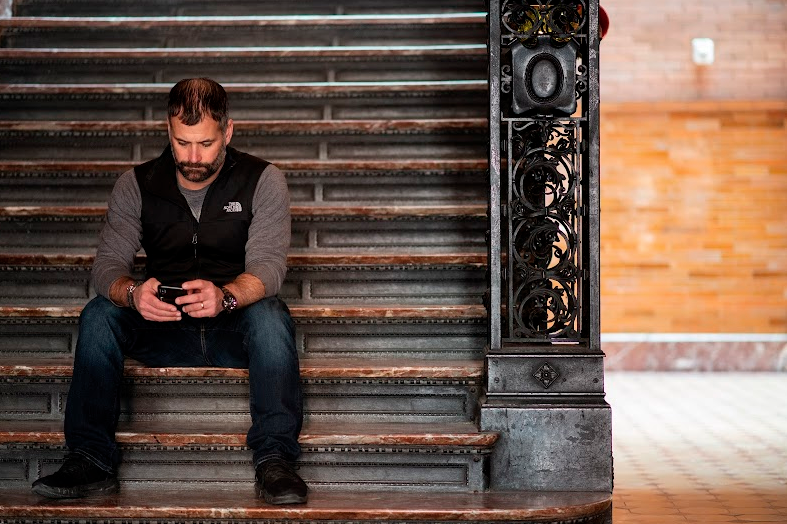 Despite the underlying risks, the future of crypto seems bright.

There are several ways you can trade cryptocurrencies…

How Do You Find Crypto Stocks to Trade?

There are a ton of crypto stocks out there that can make incredible, volatile moves…

Some companies add crypto to their portfolios or build a business around it. Getting involved in the blockchain is one example.

I keep a running watchlist of crypto-related stocks. Check out my top crypto stocks to watch here!

And see how our Breakouts & Breakdowns traders track the trends in this episode of the TWIST podcast:

That’s all I’ve got on cryptocurrency (for now).

The space is HUGE now. Dismissing it could mean missing out on great opportunities, whether it’s in crypto or crypto stocks.

So now’s a great time to educate yourself on digital currencies. Do your due diligence and understand WHY crypto matters. It will help you spot the potential growth areas.

Tune into Pre-Market Prep every weekday morning … I talk about crypto stocks all the time!

Have fun in crypto land!

What do you think about cryptocurrency? Would you trade it? Let me know in a comment below! Crypto Terms: Key Takeaways Crypto terminology shares a lot of overlap with the WallStreetBets crowd… Some of...

What Is Cryptocurrency? What Traders Should Know...

What Is Cryptocurrency: Key Takeaways How you can track trends in the cryptocurrency market... Learn about the...