In this article, we’re going to go into details on Short-Selling Restrictions and WHY you should know what they are, and care.

When you short sell, you’re trying to make money on price drops by selling securities that you’ve borrowed and then buying them back at a lower price.

But that’s the less confusing part:

The restrictions on short sales are where it gets more complicated.

The need to regulate short-selling first emerged in the 1930s. 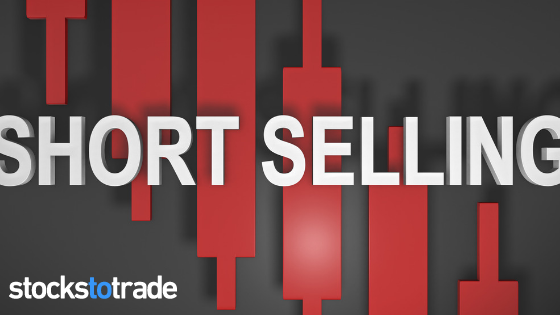 The Securities and Exchange Commission decided that without regulation, short sellers could drive an already declining market into the ground as there were no market mechanisms at the time to prevent such a development.

After all, back then traders had to use the services of brokers on the floor of the stock exchange – there was ample space for market manipulation.

Besides, liquidity was also not sufficient to ensure a crisis doesn’t happen.

The reasoning was pretty sound – it took place soon after the Great Depression.

A downtick is when the last trade in the stock was done at a lower price than the one before.

Traders could only short-sell at an uptick, the SEC decreed, to ensure the gap allowing market manipulation that could bring about another crisis was closed.

Fast-forward several decades and the SEC decided to remove the rule.

The decision followed another one, from 2001, when the U.S. stock market converted to decimal trading quotes. Before that, prices were quoted in fractions, but as the world became increasingly connected and trades more international, the internationally recognized decimal price format was adopted.

After the change, ticks began changing in much smaller magnitude, which greatly limited the possibility of dramatic market manipulation.

Also, the market was much more stable now and the SEC decided to do away with the rule, which it did six years later in 2007.

Back to present day, the SEC reinstated the short-selling rule, but in a much different form.

Adopted by the SEC in 2010, this so-called alternative uptick rule states that trade in a security gets halted when its price falls by 10% during one trading session. The trading halt continues for one more day after the rule is triggered.

Seeing when the watchdog decided to bring back the rule, although tweaked, it makes perfect sense: the 2008 crisis prompted a lot of regulatory activity after lax, scarce rules allowed the subprime balloon to grow and burst, burying trillions of dollars.

The uptick rule is there to prevent traders from running the market into the ground by an overwhelming demand for a stock by short-selling it.

That’s SEC’s reasoning. Yet, one study from 2012 suggests that there is more to this story.

Professor Rodrigo De-Losso, from the Economics Department of the Sao Paolo University in Brazil, researched trades after the introduction of the alternative tick rule and found evidence that the rule actually caused overpricing of stocks.

It also confused traders about what the appropriate price of a stock should be.

On the other hand, there is a study suggesting that the alternative uptick rule was effective in that it reduced what’s called asymmetric volatility.

This time coming from the National Taiwan University of Science and Technology, the study, authored by Professor Shih Yung Wei, found that the alternative uptick rule indeed limited the price volatility resulting from bad news.

So, while the SEC maintains that the alternative tick rule was designed to boost market efficiency and improve investor confidence—two key concerns for the stock market—there seems to be an ongoing debate about the actual usefulness of the rule.

Perhaps, when the time is right, the watchdog will once again remove the rule and let short-sellers roam the market free. Perhaps it will remain in place for a long time until more evidence accumulates and tips the scales.

Until then, however, the alternative uptick rule is active for all securities traded on U.S. exchanges, both over the counter and on the exchanges themselves.

So What Do We Recommend Next?

Try StocksToTrade for 7 Full Days for just $7.00!  StocksToTrade was built by traders for traders. Cut the amount of time, stress, and anxiety you experience behind the keyboard and only deal with the handful of real trade opportunities daily. Find the stocks that matter!

In the meantime, you’ve got StocksToTrade to help you through it all, and lead trainer Tim Bohen has been getting request after request for help understanding short-selling restrictions.

This year, don’t let restrictions trap you …tune into the Steady Trade Podcast to learn more.