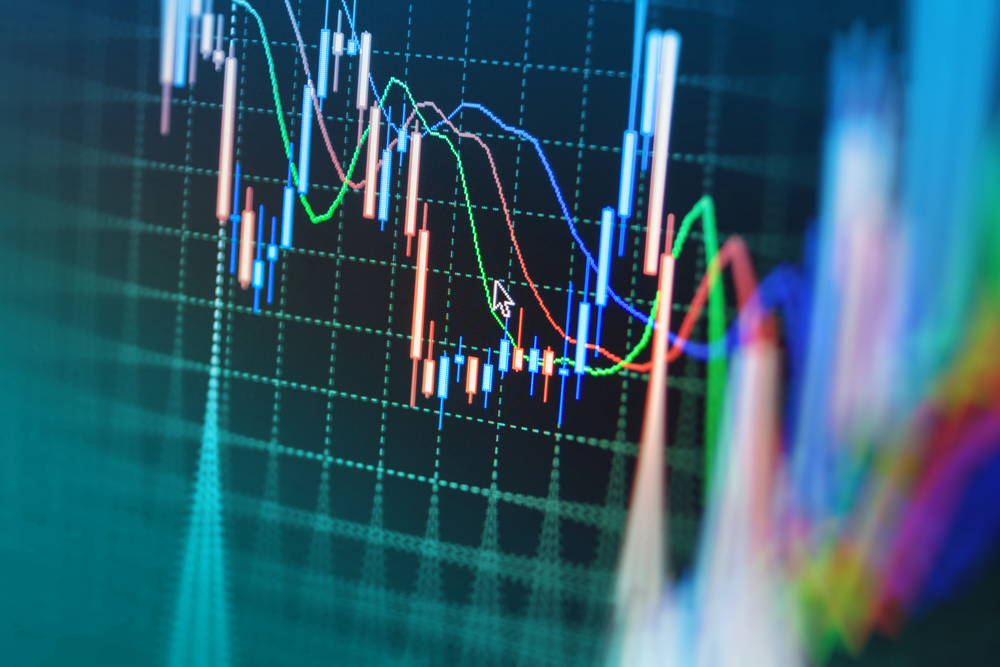 5
January 26, 2017
Announcements
By stockstotrade From StocksToTrade

The Dow Jones has, for the first time in its 132-year history, cracked the psychologically-important 20,000-point mark. The Dow Jones Industrial Average cleared the milestone on Wednesday, after jumping 155.80 points or 0.78%, to finish at 20,068.51. DJIA had touched an all-time high of 20,082 during the day,, before losing some steam and retreating.

The Dow has been flirting with 20K since mid-December and reached fever-pitch on Jan. 6, after getting within 0.37 points. Unfortunately, the markets began to get skittish and the Dow lost ground in 8 out of the next 10 trading sessions.

StocksToTrade—now better than ever! We ushered in the New Year with some major advancements that include 3 unique features, exclusive to our platform!

It’s all about Trump

It’s worth noting that the breakthrough has come just four trading days after Trump ascended into the Oval Office  It’s a clear indication that the markets are bullish and that he will stick to his pledges to strengthen the economy and create thousands of new jobs.

Indeed, the markets have been rallying strongly since Trump’s election.  All major indices are making strong gains. DJIA is up 9.5% since Nov.4, the broad market S&P 500 Index (SPX) has tucked on gains of 6.6%, while the Nasdaq Composite Index(COMP) has chalked up a nearly 9% return. All of the major indices are solidly in the green in the year-to-date.

Check out STT’s new Twitter Stream! One of STT’s most important new releases of 2017 is the inclusion of Twitter as a source of data for keeping up-to-date with the latest social discussions on a given stock. Every stock tab includes a Twitter data feed that focuses only on tweets mentioning the company being tracked.

The potency of the Trump rally is clearly evident, when you compare the performance of the Dow Jones since his election with that by past presidencies.

Trump met business leaders on Monday, where he reiterated his campaign pledges to roll back corporate rules by as much as 75%. But, perhaps the most important takeaway from the meeting was that he once again pledged to cut corporate tax from the current level of 35% to 15%-20%. Goldman Sachs estimates that such a move would mean a 6% increase in earnings for S&P 500 companies. Positive earnings revisions have historically been strong market catalysts, capable of driving good gains in the markets.

You demanded it and we delivered: StocksToTrade now offers Paper Trading and a new Trading Module. Our Paper Trading platform offers our customers a safe environment to practice trading without ever having to risk a cent of their capital to the market. By leveraging the real-time data provided with our service, the paper trading simulation offers an experience as close to real trading as possible. Learn more …

A tax cut of that magnitude would also allow American companies to repatriate at least some of the cash that they have stashed in overseas accounts. It’s estimated that American companies are holding a staggering $2.5 trillion, or 72% of their total cash, overseas, because bringing it back home would entail taking a huge 35% tax cut under current tax laws. Bringing home even half of that cash could fuel a new wave of corporate mergers and allow traders to engage in a fresh round of merger arbitrage.

Trump has tapped former Goldman Sachs partner Steve Mnuchin for treasury secretary. Mnuchin will oversee Trump’s economic policy that includes liberalizing financial regulations. He has also picked Joshua Wright, former member of the Federal Trade Commission, as an adviser on antitrust policy. Wright has been critical of the opposition to mega-mergers by the previous administration.

Risks to the bullish thesis

Wall Street is urging caution for traders and investors, because the market is known to frequently stall when it hits big round numbers, such as the current high watermark. So, is this a new leg in the 8-year-old bull market or will it usher in a new bear market? The Dow Jones hit 10,000 in 1999, before taking a sharp reversal in 2000 during the famous dot.com crash. The crash is remembered for being one of the worst in history. The tech-heavy Nasdaq Composite was the worst hit by the crash, as the stratospheric valuation of technology companies came crashing down to earth and the index lost 80% of its value. The Dow Jones tumbled 27%, while the S&P 500 lost 50%. The major risks to the current bull market are mainly execution risks related to how fast Trump’s government will enact new legislation to make the desired policy changes a reality. The president has made numerous important pledges and fumbling on any of them might trigger jitters in the market.

That said, any short-selling activity that is likely to occur at the new Dow high is likely to be short-lived. Major milestones, like the current 20K mark, tend to act as ceilings and breaking through takes plenty of energy. The fact that this has already been breached tells you that the market is firmly on an upward trend.

Moreover, it would not be entirely fair to draw parallels between the events that led to the Dot.com crash and the current bull market. The crash of the Dow Jones in 2002 was actually a reversion to average stock market performance. Between 1995-2000, the Dow rose by an average of 15% each year, much faster than the average 10% growth posted by the index from 1987-1995. The correction actually brought the Dow Jones down to the level where it would have been had it grown at the normal 10% clip in the five years prior to the crash.

Further, the Dotcom crash came after a 10-year bull market, with the Internet craze having pushed the valuations of many tech companies to frothy valuations. Many of these Internet companies had no tangible products but were merely valued on the presumptions of a market enamored by the so-called new paradigm shift.

But, the current bull market is more grounded in reality. Fourth quarter corporate earnings are set to become the best in two years, while economic growth and unemployment levels are both showing positive trends.

At 19 times forward earnings, S&P 500 stocks are certainly expensive, leaving the market vulnerable to a correction. The fact that all Republican presidents since 1900 have faced a recession during their first term in office probably does not inspire a lot of confidence in the long-term bullishness of the market. But, the outlook for 2017 still remains optimistic. 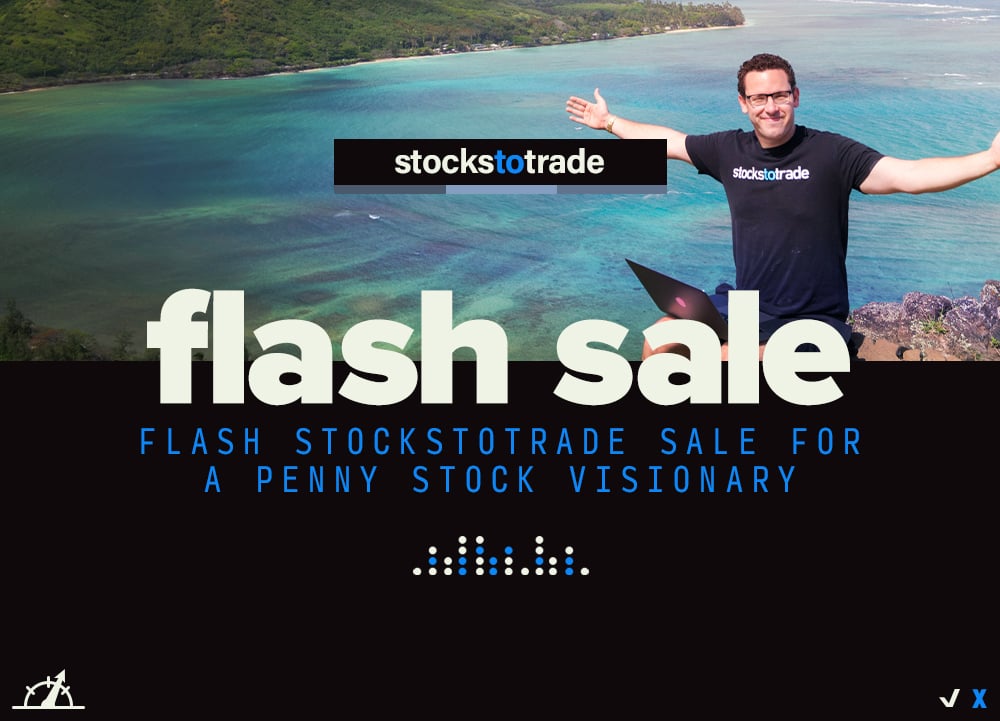 Right now, breaking news plays are some of the best trades out there. Of course, you already know that if you tune in... 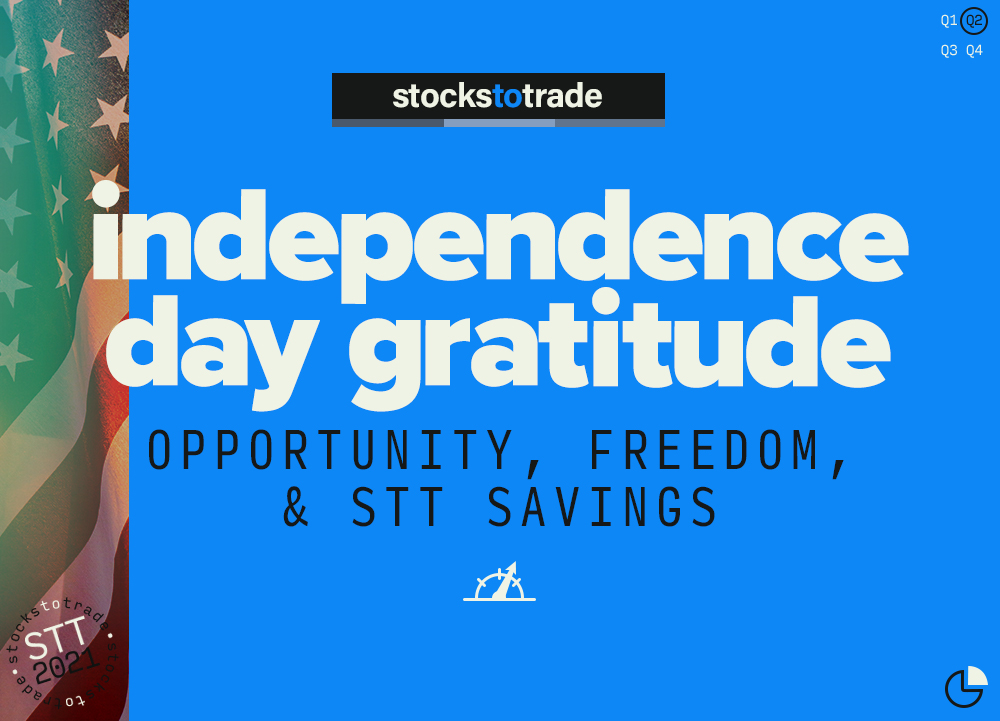 The world just keeps on turning… Freedom feels especially meaningful for Independence Day 2021, doesn’t it? After...