If the last week of January is a sign of what’s to come for gold prices this year, it’s very hard to predict where gold would trade tomorrow, two weeks from now or at the end of the year.

In seven days, between January 23 and 30, the price of gold rose and fell in fits and starts touching two-month highs and two-week lows.

On January 23, gold prices reached a two-month high after President Donald Trump signed an executive order to pull the U.S. out of the Trans-Pacific Partnership (TPP) – a move that unsettled the markets and sent the U.S. dollar lower amid concerns over upcoming protectionist policies. Just two days later, however, the Dow finally hit the 20,000 mark for the first time ever, after having flirted with that threshold for weeks. Rallying stock markets in the U.S. and elsewhere put downward pressure on gold prices on January 25 and 26, as investors were seeking higher-yield risk assets and the demand for safe-haven commodities faded a bit. Traders turned to equities and bonds as risk appetite grew amid optimism over the new Administration’s economic policies and rising U.S. dollar.

After touching on January 23 a two-month high since November 22, 2016, gold retreated as the week progressed, and last Friday it touched a two-week-low and posted its first weekly loss for 2017. This was also due to the fact that at the end of the week, some traders moved to cash in on the two-month-highs that gold prices had hit on Monday.

At the end of last week, gold futures posted their longest losing steak since November 14, 2016, as Chinese gold buying – which had been picking up ahead of the Lunar New Year – waned as the week-long holiday began.

In terms of technical movement, Canada’s Scotiabank said in its January 27 technical commentary that support stays unchanged at US$1,183/oz, while resistance is at the recent high of US$1,220.20/oz. The daily candlestick chart signals that there could be possible reversal of the recent three-day drop, Scotiabank said last Friday.

According to Commerzbank’s Commodities Daily brief from Friday, the precious metals sector has been under continued downward pressure.

For the coming weeks and months, gold prices are expected to hinge on a number of economic as well as political factors that could weigh on the U.S. dollar and on investors’ confidence in equity and bond markets and consequently, raise demand for safe-haven asset classes.

In the Commodities market preview for the week January 30-February 3, Commerzbank said that sentiment on the gold market has suffered a bit of a downturn, but prices could rally due to rising inflation rates and the possibility that India’s budget – expected to be unveiled on February 1 – could reduce gold import duties. In addition, further talk of the European Central Bank (ECB) altering its monetary policy could boost the euro vs the U.S. dollar, Commerzbank analysts reckon. The German bank expects gold price at US$1,300 per troy ounce by the end of 2017. With Chinese markets closed for the Lunar New Year holiday until February 2, gold prices rose on January 30 after stock markets across the globe were rattled by President Trump’s controversial travel ban and travel restrictions. Risk aversion returned to the market and gold was a haven asset to buy. The U.S. dollar dropped against the yen as investors fled to safety. The DJIA slipped below the 20,000 mark that it had hit for the first time ever last week. The S&P 500 Index wrapped up its worst one-day performance since the U.S. election. 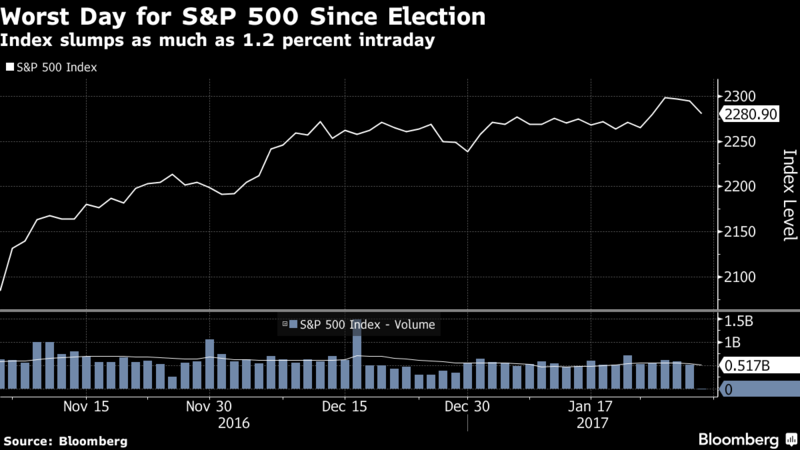 Looking ahead to the first days of February, gold prices this week could move up or down with the outcome of the two-day Fed meeting that begins on Tuesday and the closely-watched U.S. jobs report due out on Friday.

The Fed is not expected to lift rates this time – having done so in December – but it could provide some insights and timetable into future rate hikes while perhaps waiting to see details of the new Administration’s fiscal policies. In December, the Fed had anticipated three increases in 2017.

Higher rates could strengthen the U.S. dollar, which has an inverse relation with gold prices. Improved economic growth outlook, increased interest rates and a strong dollar could put downward pressure on gold prices.

On the other hand, market jitters and political and geopolitical uncertainties could urge investors and traders to seek safe-haven asset classes such as gold, which would push the price of gold higher. Apart from an unpredictable Trump Administration, uncertainties in the coming months include euro zone’s inflation and growth pace, European Central Bank’s (ECB) monetary policy, the French presidential elections in April and the UK’s bumpy road on leaving the EU.